This International Woman’s Day, we’re thanking the technology that launched the twentieth century women out of the private sphere of the home.

You might be surprised to hear that we don’t mean the megaphone. 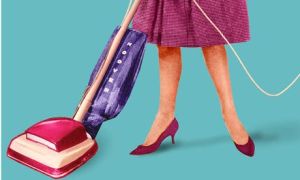 Hoovers, and washing machines may be banal, but they radically transformed women’s lives. In 1965, the average woman spent 44 hours a week cleaning and managing the home. That’s easily the equivalent of a full time, and sadly unpaid, job. No holiday time, no sick pay – yikes. Today, thanks to technology, that’s now down to five and a half hours a week.

But is that too long? It’s still more than a man’s average of three and a half hours a week. 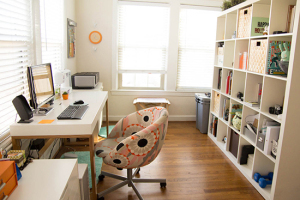 There’s certain influential female names that you’re bound to see a few times today, and one of those will be writer Virginia Woolf. She protested that “…a woman must have money and a room (with a lock and key) of her own.” Having an independent focused space away from the pressures of the world is key to being able to flourish. It’s not fair that even now in domestic matters, its “mum” who’s called on ultimately to sort it out.

We recognise that technology is still the key to making your life easier. TidyChoice exists as an online platform to connect those struggling with their homes to the fully vetted housekeeping professionals in their local area ready to help them.

This International Women’s Day, dedicate yourself to unlocking your potential. Consider off-loading it onto one of our fully vetted housekeepers – professionals happy to be with our platform that supports them as independent entrepreneurs by letting them set their own rate for their valued skills and ensures they receive 100% of that fee.