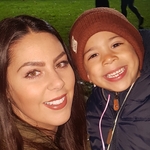 We could not be more happy to announce that we have chosen Louise as our cleaner of the week! Louise is experienced when it comes to professional domestic housekeeping with over 3 years in the cleaning industry and over 10 years in childminding. Louise has a passion for cleaning and loves seeing her clients happy with her service. In her spare time, she loves to spend time with her 3 children, swim and go on long walks. She really is a great option whether you are searching for a laundry service in Dulwich or simply a one off clean in Tooting.

Her clients say great things about her- take a look:

Over a year of a wonderfully clean house! Louise is lovely, polite and punctual. She gets the job done with 3 kids running... 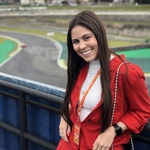 We love celebrating new talent here at Tidy Choice. That is why we are delighted to announce that this week we have chosen Larissa as our house cleaner of the week! Larissa has a passion for cleaning and loves when her clients are satisfied with her service. Larissa also loves spending time with children and dogs and is highly organised and motivated. If you are searching for a hardworking cleaner in Kensington or simply a laundry service in Shepherds Bush then look no further- Larissa is the cleaner for you!

Take a look at what her wonderful clients say about her:

"Larissa has become a wonderful and dependable presence, and she is very keen on doing things just the way the client wants them done." 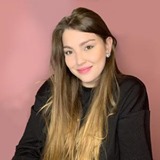 This week we have chosen Rafaella as out housekeeper of the week! Originally from Italy, Rafaella is a highly experienced childminder with over 3 years experience. As well as looking after children, Rafaella also enjoys dog walking for her clients, cooking and has a degree in Law. She is an excellent choice whether you are looking for a childminder in Richmond or a dog walker in Earlsfield.

Still not sure? Have a look at some of her great reviews:

"Rafaella is excellent at work. She is always punctual, very organised and quick. She is an honest person with a great work ethic."

"Rafaella is helping me to clean my house and take care of my 2 year old son. She is always very punctual which is great because it...

We scour the world for the best cleaning tips and take inspiration from expert authors. We have compiled a list of the best books about cleaning in order of Amazon Bestsellers ranking.

Hinch Yourself Happy: All The Best Cleaning Tips To Shine Your Sink And Soothe Your Soul – By Sophie Hinch (Mrs Hinch)

Hinch advocates that you owe it to yourself to make your homes as pleasant as possible. ‘Hinch Yourself Happy’ will ensure that your housekeeping not only benefits your health and efficacy... 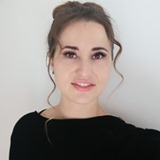 Congratulations to Mairi- our house keeper of the week! Originally from Estonia, Mairi has over 4 years experience as a domestic cleaner. She loves meeting her clients and seeing them satified with her service- she is extremely friendly! Mairi loves the outdoors and regularly goes on walks and hikes with her family and friends. She is a great candidate if you are looking for a one off clean in Hammersmith or simply someone to help with food shopping in Kilburn.

Take a look at what her clients say about her:

"Mairi is extremely reliable and a very conscientious worker. She always brought a great attitude to work and her attention to detail was only matched by her cheerful...

Figures provided by the British Cleaning Council (“BCC”) show that the cleaning industry contributes over £55.5 billion to the UK economy. The BCC commissioned market research company, Firedog to compile a report on the industry.

As well as making a significant contribution to the UK economy, the cleaning industry also employs over 970,000 people. Wage growth in the sector is higher than the national average, with a growth of 6.4% compared to a national average of 2.3%.

The report also shows that the number of foreign-born workers in the industry is higher than the national average with 41% of the general cleaning subsector being foreign-born compared to an average of 17% across the UK workforce.

TRENDS IN THE UK CLEANING SECTOR

Global themes in technology and the environment are... 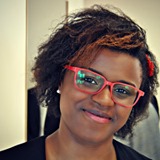 We are delighted to announce that this week our housekeeper of the week is Odile! Odile is extremely experienced in both cleaning and childcare with over 10 years in the industry. She loves working with adults and children and is very friendly and always smiling. In her spare time, Odile loves to learn new languages and has a passion for travelling. She really is a great option whether you are looking for a highly motivated cleaner in Finchley or a deep clean in Harrow.

Her reviews are great! Take a look at what her lovely clients have to say about her:

Odile is very meticulous and fast. She has so much energy, everything sparkles when...

Around 60% of cleaners active on our platform are from overseas with around one third of the total from EU countries. For instance, Angela works at TidyChoice and is a professional cleaner based in Crouch End, however she is origionally from Romania. Consequently, net migration is critically important to our business and to the cleaning sector as a whole.

According to latest report from the Office for National Statistics published in August 2019, an estimated 226,000 moved to the UK than left for the year ending March 2019 (612,000 people immigrated and 385,000 people emigrated). This is down 12 per cent from prior period driven by the lowest level of EU migrants in six years.

Since the end of 2016, overall immigration, emigration and net migration have remained broadly stable. However, the overall figures disguise marked differences in EU and non-EU migration patterns.

Rise and fall of EU migration

EU immigration rose to peak in the year... 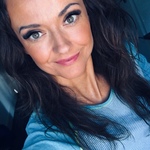 Congratulations Marta, you're our Housekeeper of the Week! With over 15 years of experience, Marta is easily one of the best cleaners in London. She is currently studying criminology and loves going to the gym and playing sports in her free time. If you're trying to find a vetteed housekeeper in Ealing or just need someone for a deep clean in Wembley, you need look no further!

Her reviews speak for themselves:

"Marta is absolutely great! I’ve loved having her clean my house which I needed for a couple of months for personal reasons. I am now able to clean my house myself so will not need to book her for any more sessions."

"Marta is a smart, caring, trustworthy and hardworking individual who is very... 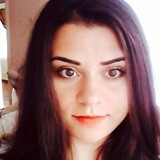 If you need a new cleaner, Steluta may be right for you. She's our Housekeeper of the Week! In her free time, she likes going to the cinema, going on walks, and spending time with her family. If you're looking for the best cleaner in Bethnal Green or if you need a weekly housekeeping service in East London, you may have just found the ideal candidate!

Here's some testimonials from her clients:

"Steluta has a kind and lovely personality! I am very satisfied with her kind care. She is great with my baby! She is very communicative, engaging, kind, careful, responsible and truthful."

"Steluta is a very ambitious young lady. She is really hard-working and reliable."